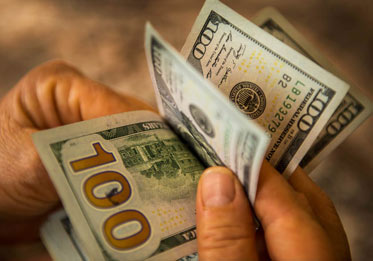 Once a deed is recorded, it becomes part of the public record and cannot be
changed. However, sometimes an error in the recorded deed is discovered by
one of the parties. Typical errors include misspelled or incomplete names,
omission of a party’s marital status, or an incorrect or incomplete legal
description of the property which is the subject of the deed. In such cases, the
public record can be amended by recording a correction deed. A correction deed
is not a new conveyance. Rather, as its name suggests, a correction deed corrects and cures the
original deed. In Missouri, correction deeds ordinarily “relate back” to the date of the original
conveyance deed. Thornton v. Miskimmon, 48 Mo. 219 (1871).

Correction deeds have been utilized and accepted by Missouri courts for over 100 years as a tool
to amend a deed that has been recorded in the land records. See State ex rel. Phillips v. Green,
124 Mo. App. 80 (1907) where the Court held that an error in a legal description could be fixed by
corrected deed. Also, in St. Louis Collector of Revenue v. Parcel 107 of Land, 702 S.W.2d 123
(Mo. App. 1985) the court found that the use of a corrected deed to add a missing lot which was
recorded before confirmation of a tax sale assisted to defeat a tax sale.

More recently, the Court in Missouri Land Development, LLC v. Raleigh Development, LLC, et al.,
407 S.W.3d 676 (Mo. App. E.D. 2013), held that correction of our clients’ vesting deeds was
permitted and proper, even to the detriment of a mechanic’s lien judgment creditor who sought to
attach and enforce its judgment against the homeowners’ properties. The court found that the
correction deeds related back to the date of the original vesting deeds; therefore, they were
superior to the later judgment in favor of the lien claimant. The execution on the judgment was
quashed and the lien claimant was permanently enjoined from executing against the properties in
satisfaction of its judgment against the original subdivision developer. The Court relied, in part, on
the case of Boland v. Kirkwood Trust Co., 298 S.W.2d 1219, 1221 (Mo. App. E.D. 1927). In
Boland, a deed which incorrectly conveyed property to one grantee rather than two was recorded
before a judgment was obtained against the person identified as a grantee in the deed. A corrected
deed was then recorded before the execution sale of the property conveying the property to both
grantees. The Court found that the corrected deed “was made to conform with the intention of the
parties to the original deed” and would have been paramount to and good as against any
purchaser under the execution sale.

Additionally, several states’ Supreme Court decisions from other jurisdictions have cited with
approval the use of corrected deeds and endorsed the proposition that they relate back to the date
of the original deed. In Arnold Indus. v. Love, 63 P.3d 721 (Ut. 2002), the court found that “[a] corrective deed relates back to the time of the original conveyance.” Id. at 727. The utility of a
corrective deed, according to Arnold Indus. is that they “admit mutual error and change the originaL.

In order for a corrective deed to be valid in Missouri, correction deed must contain the following
essential elements of a deed as required by Missouri law: (1) names of the parties thereto; (2)
words of grant; (3) description of the property; (4) execution and delivery by the grantor; and (5)
acceptance by the grantee. Celtic Corporation v. Tinnea, 254 S.W.3d 137 (Mo. App. 2008).
Provided that these elements are met in Missouri, the use of correction deeds is a practical, costeffective,
and feasible way of resolving a mutual mistake in the drafting of the original document.